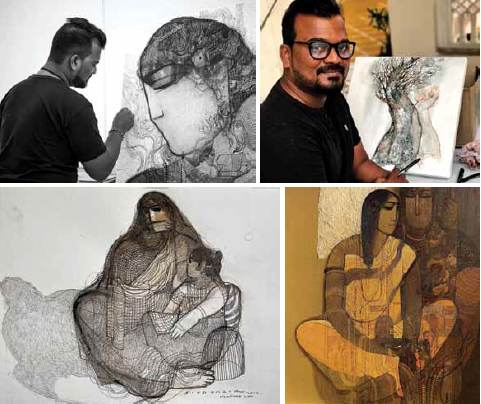 Siddharth Shingade’s colour palette with bright reds, deep browns, golden yellows and pistachio greens not just reflects the sombre mood of the painting, but echoes the intimate relationship that he shares with his homeland
Text: Team Art Soul Life

Art in Every Corner

The Power of the Written Word