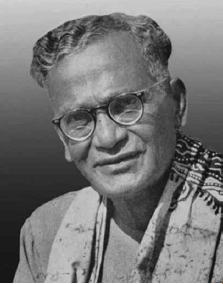 Indian painting has come a long way in the last decades and in diverse ways. One of the known artists of revivalist movement at the turn of the century was Nandalal Bose, who used art as a communication tool to express humanity, family and friendship. As the country celebrates 75 years of Independence, it is important to inform the new generation about the valuable contributions of the people from creative fields. Remembering Nandalal Bose on the eve of Azadi Ka Amrit Mahotsav, the National Gallery of Modern Art is yet to organise an exhibition with all his works presented in a thematic setup. Prime Minister Narendra Modi in his ‘Mann ki baat 2.0’ on August 25, 2019, had said. “There is a famous art show called the Venice Biennale where people from the world congregate. This time, in the India Pavilion at the Venice Biennale, a very interesting exhibition based on memories of Gandhiji was organised. Of special interest were the Haripura Panels.” A Padma Vibhushan awardee, Bose designed the Emblem of India and beautified the original manuscript of the Constitution. His work on the original hand written Constitution is the resemblance of his empathy, apprehension of the country in diverse aspects. Bose had drawn the emblems for highest awards given by the Indian Government such as Bharat Ratna and Padma Shri. His artwork adorns our Constitution lending it a new, unique identity. The very commitment and reverence of Bose have made him, along with the Constitution, immortal. The themes of illustrations depict a fragment of India’s vast historical and cultural heritage. The illustrations were created using indigenous techniques of applying gold-leaf and stone colours. While Beohar Rammanohar Sinha is credited with the Preamble Page, it was his student Dinanath Bhargava who sketched the National Emblem. Bose shared a personal rapport with Father of Nation Mahatma Gandhi and Nobel Laureate Rabindranath Tagore. His close association with Tagore woke up a poet in him and his contact with Gandhiji woke up a patriot in him. He was asked by Gandhiji to create a panache of paintings at the Haripura session of Congress depicting Indian social life, thus awakening use of khadi and embracing swadeshi. Thanks to Tagore, he generated awareness about the use of watercolours in paintings as opposed to use of oil, which was accepted in the west but was very elitist and expensive.

As a disciple of Abhinandan Tagore, Bose used watercolours extensively in his paintings whether it’s the illustrations in the Constitution or the setting of panels of paintings in the Haripura session of Congress. Recognising their capacity for suffering and sacrifice, Gandhiji drove women out of their hearths and homes into the thick of freedom struggle. Reflecting these moves of Gandhiji, Bose depicted women in household courses, but engaged in creative pursuits. His portraits of Gandhiji with his Dandi are more than iconographic. A linocut and a watercolour became a testimony of India’s freedom and the cruel ways of the British. Bose was among the first to recognise that the image of Gandhiji alone had the potential to unify a movement beyond the realm of a select few to express collective will of a new nation. He created several posters in support of the civil disobedience movement, but they were immediately torn down and destroyed, virtually none survived. Tagore recognised the abounding talent in Bose and invited him to serve as principal of Shantiniketan. He did linocuts for his book Sahaj Path. Tagore visited Japan in 1916 and was impressed by the artworks for their remarkable clarity of statement, brevity, and direct expression and distrust of needless detail. His letters from Japan indicated the art movement to take a new turn. He also wanted miniature format and gain in visual impact. Bose was a pioneer in introducing landscapes at a time when portraits were the dominant theme ever since the Mughal paintings. To him the credit goes for digging in themes not only for landscapes, but also social life of common people. At a time when photography was little known, Bose during his travels used to come up with paintings which were modelled on photography capturing the natural scenic beauty. He came up with a travelogue with paintings showing a bird in flight, a flower in bloom, a mountain under mist, the branches of a tree swaying gracefully in gentle breeze, the rich tones and textures of life in the countryside, the splendour of starlight, night sky. Capturing the iconic instances in those epics was a striking feature of Bose paintings.

For instance, the desperate battle of Abhimanyu when he was trapped in the chakravyuha. These pictures captured the struggle of Pandavas in their fight for justice. Apart from these, his yet another focus was on depicting the various shades of love, like Yashoda and Gopal, Radha Krishna, Parvati and Ganesh and the spiritual yearning of Mira. Bose gets the credit for depicting the birth of Chaitanya Mahaprabhu. He did splendid work in depicting Buddhism and the life of monks. His artworks tried to focus the attention of the public on household art forms like Alpana. His first exposure to mural paintings was in 1909 when he went to assist Lady Herringham in copying the murals of Ajanta caves that influenced his later artistic expressions. His association journey with Lady Herringham, Arai Kampo, Havell, Abaindarnath, Coomaraswamy, Okakura, Sister Nivedita, Gorpius, Bauhaus, Ramakrishna also influenced his works. He introduced techniques like Jaipur fresco, Gesso work, stained glass etc. The decorated walls of the Basu Vijnana Griha, walls of a room in the old library building in Shantiniketan with large floral scrolls based on Ajanta – Bagh motifs are some of his excellent works. The National Gallery of Modern Art has a wide range of 6,000 artworks by him. The unpredictable nature of his work had a style that was personal as his signature. He was committed towards professional excellence and social accountability. He was groomed with individuality and independence in his work by Abindranath Tagore. He was a modernist, proclaiming himself to be classicist and openly denounced western techniques. He believed in idealisation of the human figure rather than distortion. His drawings were free, sensitive and elegant and his palette, crisp, delicate and succinct. Pioneer of modern Indian art, contextual modernism and his colours were positive, his lines more assured and his compositions more compactly structured.