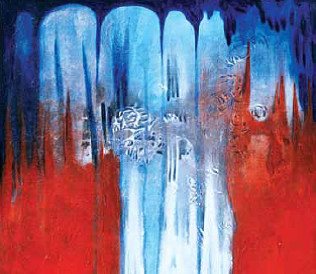 For someone who’s always interested in mastering new skills, Anjali Khosa Kaul says the exploration of new mediums is fuelled by her desire to further her artistic expression and delight her audience
Text: Team Art Soul Life