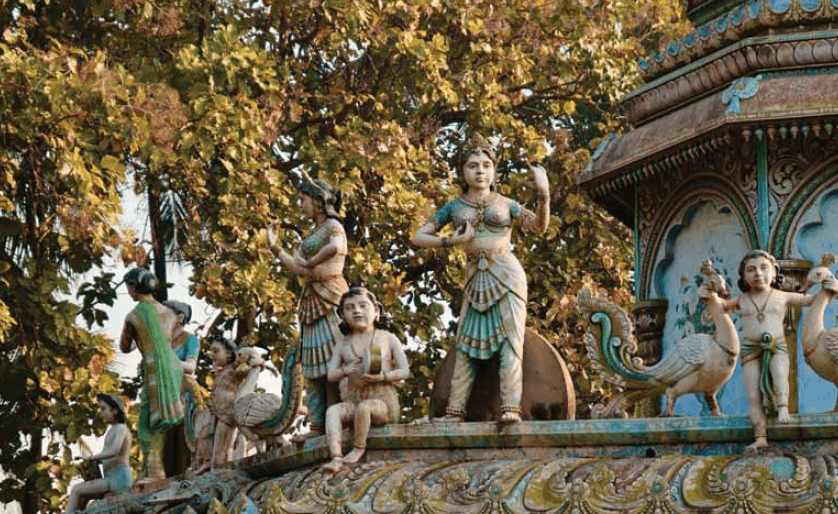 Gurgaon-based luxury art curation company Masha Art presented photographer Manoj Arora’s debut show ‘Rediscover Hampi’ at Bikaner House featuring photographs that capture the beauty of the silent ruins of Hampi bringing alive its majestic and unseen side. Shot by young Arora during prolonged spells of Covid-19 that forced people to stay indoors, the September 13-22 show was a suite of 60 photographs that unveiled the historical beauty of the UNESCO-recognised landmark on the banks of the Tungabhadra river along east-central Karnataka, which once was a bustling hub of trade, life and patronage of the 14th century Vijayanagara empire.

Curated by veteran art scholar Uma Nair, the ten-dau show was a “narrative expression” of the sprawling monuments renowned for its stone sculptures across 16 square miles. “Not only do these five dozen visuals unveil Arora’s assemblage practices; the lens explores the nature of Hampi as a place of artistic expression,” noted Nair, about the lensman. The multi-colour photos are steeped in “historical, geographical and socio-political principles that are discursively powerful as well as personally resonant.”

The exhibition gave sight to Hampi’s temple and their murals as well, with the stone-carved gods and goddesses captured in the refractive indices of the sunset. “Arora yet again proves his capacity to re-center subjects such as architecture and history in cities he visits,” pointed out Nair. “His artistic engagements are biographical interventions into mainstream cultural consciousnesses.”

Masha Art CEO Samarth Mathur expressed pleasure over ‘Discovering Hampi’ being the gallery’s first show at Bikaner House. “The exhibition will generate pride and reverence for India’s heritage that goes back to generations,” he said. Arora, who has been a trained lensman in the profession for a decade, recalled that the setting sun casts an orange haze across the silent ruins of Hampi. “You cannot describe in words the beauty of this timeless place,” he said. “The relief-rich mouldings, columns and friezes are both divine and demon-like. The artworks on animals are both realist and mythical, truly magical.”

Often considered the ‘ultimate capital’ of the last of the great Deccan kingdoms that flourished from cotton and spice trade, Hampi’s mediaeval charm is also with splendid palaces and jewelsdotting temples built in Dravidian style. Arora, while spending days amid the pandemic last year after seven hours of bumpy northward drive from Bangalore, found its spaces “evoking a spiritual experience.” The exhibition was conceived as an “open-ended index of historical, speculative and emergent instantiations of space through time,” according to Nair and Arora.

There is an indescribable beauty in this timeless place that doesn’t require a language to express. I want people to feel and experience this 14th century city and take pride in the country’s heritage.